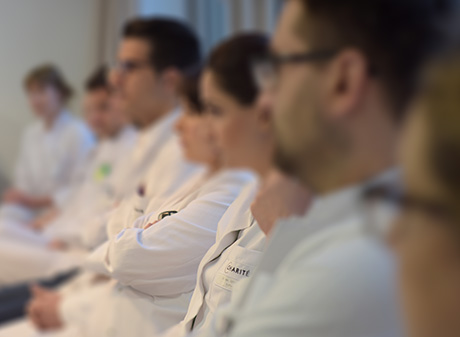 A widely discussed substance is the “attachment hormone” oxytocin. Another substance, D-cycloserine, known from tuberculosis therapy, is being studied as an augmentation strategy of exposure therapy, whereas propranolol, a beta blocker, is thought to be a potential treatment for posttraumatic stress disorder (PTSD) and anxiety disorders due to its memory-modifying effects.

One of the psychedelic substances that is being tested is psilocybin, a controlled drug and one of the ingredients of ‘magic mushrooms’. Recent research has suggested that psilocybin may help in treating depression.

Our group is participating in ongoing, international, multicenter clinical trials with psilocybin and MDMA in more than 20 sites across Europe and North America. We investigate the safety, efficacy and mechanism of action of psilocybin and MDMA delivered in a medically controlled and supportive environment for the treatment of mental health disorders. We do not encourage or condone the recreational use of psychedelics.

A more detailed description of the current trials can be found below.

If you experience sustained psychological distress or symptoms after recreational use of psychedelics, you can seek help in our outpatient clinic.

This is a randomised controlled phase IIb study of psilocybin therapy in patients with treatment-resistant depression in 21 sites across Europe and North America.

The aim of this trial is to determine whether psilocybin delivered with psychological support and medical supervision is a safe and effective treatment for people with difficult to treat depression. To determine this, the trial collects detailed data on adverse events as well as comparing participant’s ratings of their depression symptoms before and after treatment. The trial is being funded by a life sciences company, COMPASS Pathways Ltd. that received US Food and Drug Administration (FDA) “Breakthrough Therapy” designation in 2018 for their program of psilocybin therapy in treatment-resistant depression.

For more information on this trial you can refer to https://compasspathways.com/our-research/psilocybin-therapy/our-clinical-trials/treatment-resistant-depression/

For more information about MAPS and the MDMA-assisted psychotherapy research program, you can visit their internet sites:

The trial in our site is approved by the German Federal Institute for Drugs and Medical Devices (BfArM. Approval bei the Ethics Committee of LAGeSo (Landesamt für Gesundheit und Soziales Berlin) is still pending.

For more information on this trial, you can contact us at mdma(at)charite.de.